Claire Hepworth , a specialist respiratory physiotherapist discusses her work in paediatric asthma at Alderhey Children's Hospital. She is an independent prescriber and was buteyko trained by the Buteyko Breathing Association. She has worked in paediatric asthma for over 5 years, and in 2016 she received funding to focus solely on this. Her background is in paediatric respiratory where she treats children in both inpatient and outpatient settings. 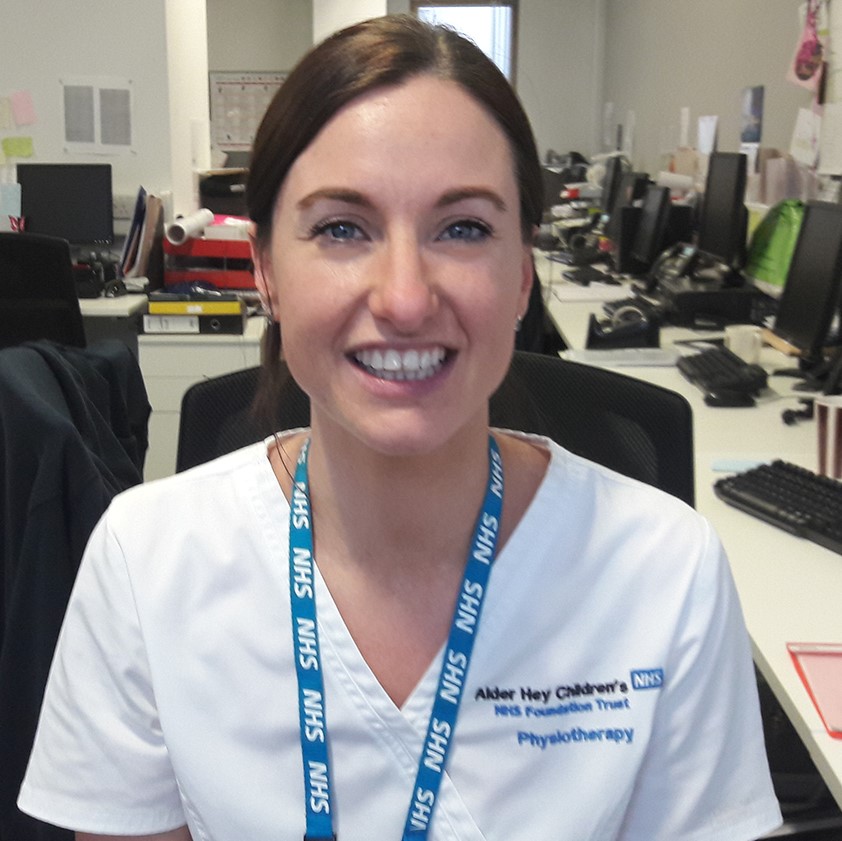 Thank you to the ACPRC for inviting me to share a synopsis of the service review I completed in 2016, which I am hoping to publish this year. The asthma service created was a multifactorial project that led to the development of exercise groups, run collaboratively with local football clubs, dance groups and schools. The focus of the review is on the physiotherapy clinic that I developed for children with difficult to treat and severe asthma; and there are a number of points I would like to share.

Firstly, is the importance of having a skilled respiratory physiotherapist fully integrated into a multidisciplinary asthma team. I am fortunate to work in such a cohesive team that comprises of asthma and allergy nurse specialists, a respiratory specialist pharmacist and respiratory consultants. We all work along the same guidelines and have the patient, and their families, at the centre of our model of care. Respiratory physiotherapists have unique skills in assessing and treating breathing pattern disorders and dysfunctional breathing, which can often mimic, or co-exist, with asthma. Furthermore the BTS/SIGN asthma guidelines recognise that physiotherapy led breathing retraining, e.g the Buteyko method, can improve symptoms and quality of life in adults; however research into paediatrics is limited.

I have found that being able to practice extended skills such as non medical prescribing, clinical examination and Butyeko techniques has ultimately benefited the patients. I was able to assess, diagnose and prescribe a treatment plan in one session, whereby previously patients would attend multiple appointments with different practitioners to achieve the same outcome. These extended roles have also raised the profile of physiotherapy in paediatric asthma.

In the audit I reviewed 180 patients’ outcome measures on the first and final physiotherapy appointment. The results demonstrated significant improvements in asthma control, breathing pattern disorders and symptoms of over-breathing. It also helped patients attain their personal goals, which were mainly to improve exercise ability and reduce symptoms. The majority of patients were treated using Buteyko breathing techniques. These aimed to normalise the breathing rate, volume, rhythm and inspiratory-expiratory ratio. Furthermore, patients were encouraged to practise these exercises at home, and record them in a study diary. Additional physiotherapy techniques were used such as education, diaphragmatic breathing and saline nasal irrigation. The ability to adapt treatments to the individual was paramount to achieving these patient outcomes.

Finally, I would like to stress the importance of the physiotherapy role in assessing and managing symptoms during exercise in this paediatric patient group. Many patients stopped exercising when they felt breathless, as they associated this with their asthma symptoms. However, breathlessness is also the main symptom of dysfunctional breathing, as well as a normal physiological response to exercise. Conversely, there were some patients who had limited self-awareness of how poorly controlled their asthma was. They lacked knowledge of when to appropriately use their preventer inhaler during exercise. Assessing patients pre and post exercise with skilled observation, auscultation and spirometry helped distinguish between breathlessness due to asthma, dysfunctional breathing or their physiological limit, thus enabling the correct education and management.

There are growing numbers of multidisciplinary asthma clinics developing in the UK, and skilled respiratory physiotherapists, who can asses and manage breathing pattern disorders and dysfunctional breathing, have a fundamental role in these.