The Evolution of the Surgical Respiratory Physiotherapist 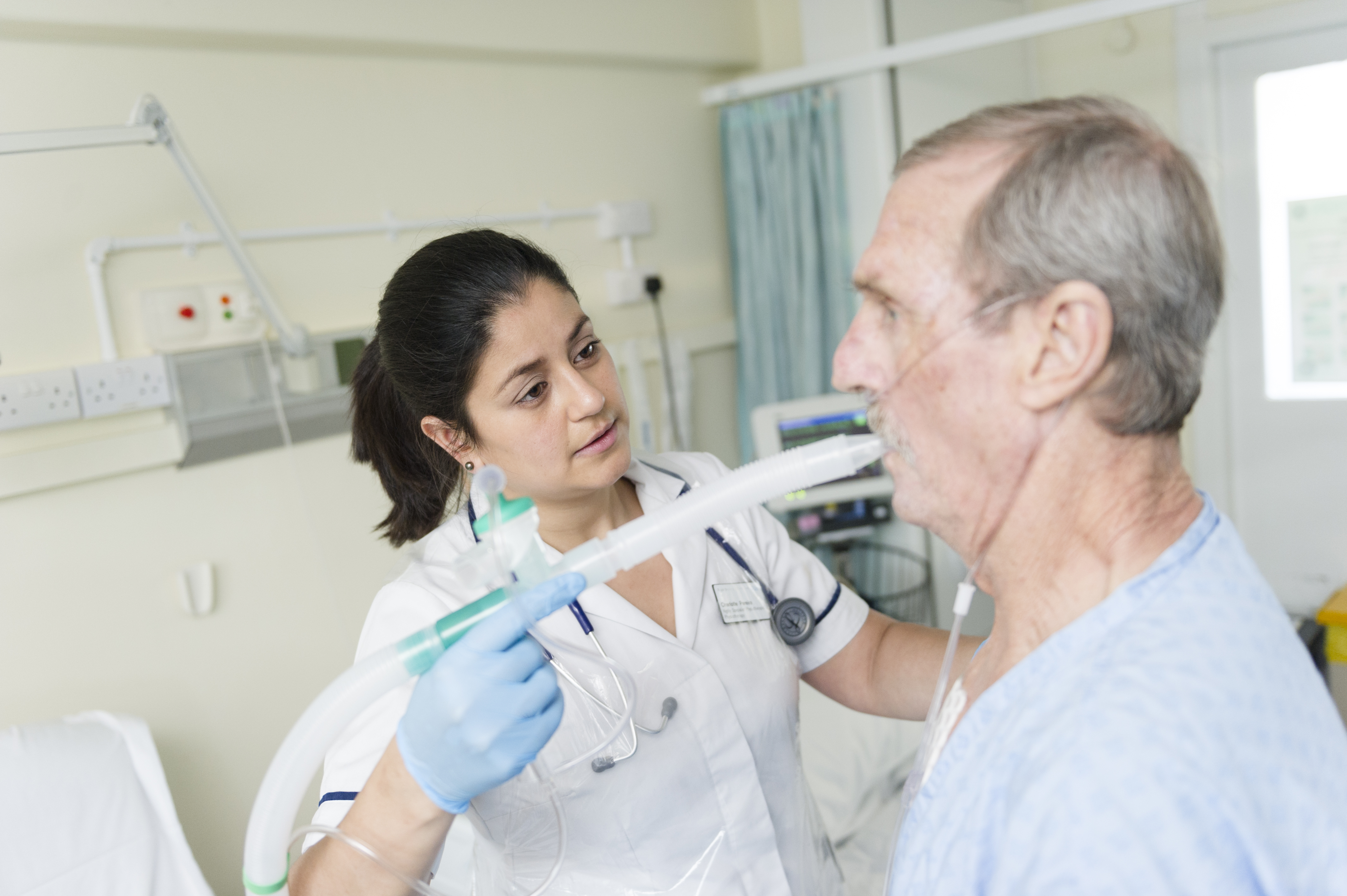 My name is Charlotte, and I am a chocoholic. It has been 23 minutes and 14 seconds since my last chocolate. Wait, wrong group………! So who am I? My name is actually Charlotte, and I think I am a surgical physiotherapist. But after the last few weeks, to be honest with you dear readers (those who have made it this far), I am not really sure if that is who I am. Let me explain.

Recently our teams rotated and I have a new band 5 to nurture in the beautiful environment that is the fast paced surgical ward. Now if your hospital is like mine, we cover 8 wards/130 beds, including ITU with just 4 qualified members of staff, it could seem like a bad ratio, looking after approximately 30 beds each. But with the recent research evidence indicating that most routine surgical patients do not need breathing exercise or airway clearance techniques, we should be laughing all the way to a tea break. Yet I haven’t had one of those in years. Despite medical techniques improving, surgery becoming less invasive, I feel more tired and stretched then I have done in years. Why?

So as I highlighted, my new band 5 (she’s good, you know, one of the ones you don’t have to worry about her making a mistake, she just gets it), well I got round to thinking about the caseload that we have had since she started. What have I had to teach her about since she rotated? In no particular order: several joint replacements (including a hip, knee and shoulder – almost a full house), an amputee, several strokes, too many hypoxic brain injuries to count on one hand, a lovely man with learning disabilities, several Parkinson’s patients, a few morbidly obese, and many geriatric patients, some with debilitating dementia. But what do they all have in common? They are all surgical patients.

I don’t remember it being like this when I was a band 5, admittedly this was so long ago, I was called a basic grade or just junior physio. So it could be my memory, but my friends will tell you I have a great memory, remembering the oddest of facts or funny thing that someone said, over 10 years ago. So I don’t think it is that. I simply think “they don’t make patients the way they use to”. But what do I mean? Well, way back when, in what I like to refer to as the good old days, most patients only had one problem, the surgery they were having. Now, the surgery is the minor problem, and it is the effect of the other co-morbidities that takes up my time. Despite my best friend being my stethoscope, I am using him less and less. He can’t help rehab the joint replacements, or be a prosthetic limb. His skills in neuro rehab aren’t fab, and he has no idea how to deal with falling patients. So although he is with me all the time, hanging round my neck (don’t tell infection control) he is more of just a comfort blanket. That isn’t to say we don’t get that ‘exciting patient’ who has plugged off and desaturates, and all of the skills of V/Q, positioning, airway clearance, adjuncts and MDT working doesn’t happen, it’s just not as frequent as it used to be. And that is a good thing in my book; our (MDT) skills have improved but it doesn’t stop me missing it.

So like an animal that has to evolve over time, I have. I now have a multifaceted skill set, that allows me to treat most patients, not expertly, but to a satisfactory level. I am lucky I did 8, 4 month rotations as a junior, including outpatients, orthopaedics, stroke, rheumatology, elderly medicine and paediatrics. I had a good grounding and was taught well by no fewer than 21 senior staff over those 2 years. But I worry now. There is a push/drive for band 5’s to get to band 6, and with many hospitals offering 6 month rotations, they may only get 3 or 4 specialities before becoming more specialised. In my team, I keep being the most experienced neuro physio, yet as I finished my rotation nearly 14 years ago, this shouldn’t happen. I should be the most experienced respiratory physio, but nothing else. What is going to happen when the physiotherapists coming up have a less ‘rounded’ skill set?

So readers, if you have made it this far through my wanderings, firstly, congratulations; secondly, what next? I feel we are at a turning point in surgical physiotherapy. We have the challenge of what skillset do we really need. Who are the patients we are treating, what actually are there main problems and are we equipped to treat them? We need to work this all out to address the learning needs of the band 5 and band 6’s (come to think about, 7’s and 8’s as well). But also we must consider the patients; can we change them? And I don’t mean like the way we swap a piece of clothing that looked amazing in the shop, just not at home. How can we change THEM?

When I finished my MSc in 2009, I was very lucky to be the last student examined by Jennifer Pryor (that was not my thought at the time, I can tell you). After a harrowing viva I was very honoured to sit and chat to one of the people who has pushed our profession to the heights that it is today. And what she said to me then is as true, if not more true, than day she said it 7 years ago. We are treating our patients incorrectly. We wait for the problems to happen, and then react. We are reactive, not proactive. We do rehabilitation, not prehabilitation. We are going at it from the wrong direction. Something in the way we manage patients’ needs to change. If more of our efforts could be focused before surgery, many of the problems afterwards would not happen. A fitter patient going in is fitter coming out. But in the current climate of a financially strained NHS, working out how to treat both pre and post at the same time is difficult if not impossible. But it is a task that we must attack if we want to make a difference. Prehabilitation is going to be the difference, now we just need to get creative to work out how to achieve it.